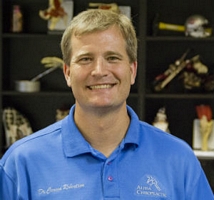 Dr. Carson Robertson is a native of central Montana and obtained his bachelor's degree at the University of Montana. He subsequently earned his chiropractic degree from Northwestern Health Sciences University in Minnesota in 2004. While an athlete in school, he saw the benefits of chiropractic after an injury sidelined him. With that in mind, his clinic has a special emphasis and expertise in athletic injuries.

Dr. Robertson has also been an adjunct faculty member at Paradise Valley Community College since 2009, where he teaches an Anatomy and Physiology class. Education, information, articles, multimedia teaching materials and videos bridge the PVCC classroom and the clinic.

Since moving to Arizona in 2005, Dr. Robertson has lived in the Ahwatukee and Chandler communities. He is active in local organizations such as the Arizona Association of Chiropractic, American Chiropractic Association and Chandler Chamber of Commerce. He also volunteers with the Leukemia and Lymphoma Society's Team in Training and leads a Toy Drive every holiday season.

When the doctor is not working he can often be found running the trails of South Mountain. He has run 10 marathons and multiple ultra marathons, including the Crown King Scramble 50K, Javelina 100K and Javelina 100 Miler. 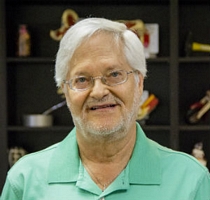 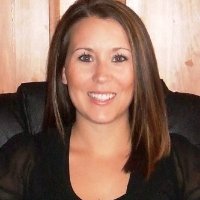 Dr. Stephanie Stang grew up in Phoenix and always knew she wanted to be a chiropractor. Throughout her childhood she went to the chiropractor for various injuries and always had a positive experience. She received her Bachelor's degree from Indiana University and attended the National University of Health Sciences in Illinois for her Doctor of Chiropractic degree. She graduated Valedictorian of her class and was smart enough to immediately leave the cold weather.

As an active community member, Dr. Stang volunteers with several charities. She enjoys spending her free time with her family, practicing yoga, hiking and going to the movies. 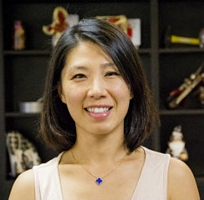 Esther Kim has been practicing outpatient orthopedic physical therapy for over 10 years in New York and Arizona. With a certification and speciality in Lymphedema Therapy, she has treated a wide range of patients from six weeks old to 96 years old. She takes pride in her work and explains the reasons behind treatments, firmly believing that an educated patient who takes part in the rehab process will experience a higher success rate.

Originally from Korea, Esther grew up in New York City after immigrating there at the age of nine. She studied at the State University of New York at Buffalo and New York Medical College, where she earned a Master of Science in Physical Therapy. She moved to Chandler in 2014 with her husband and three children. They enjoy exploring - for now it's the Phoenix area but they look forward to traveling around the world in the future. 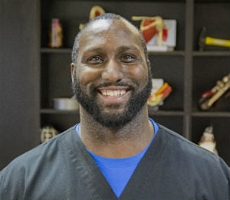 Mike McCoy has been a physical therapy technician with Alpha Chiropractic and Physical Therapy since 2011. He does absolutely everything in the office, from scheduling patients to demonstrating exercises and assisting with treatments. He is constantly moving and and his smile and energy are infectious. He is secretly the man in charge!

After growing up in Michigan, Mike enlisted in the Army and spent eight years in the service. He then traded the deserts of Iraq for Arizona. He enrolled in Apollo College and joined Alpha Chiropractic after graduation. Mike has a lifelong interest in personal training and exercise. He and his family enjoy playing and watching sports and enjoying life in Arizona. 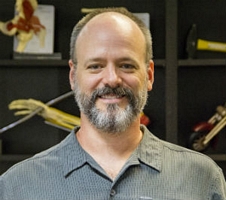 Lance Posey began his career in complementary therapies, specifically massage therapy, after having back surgery in 1996 and needing extensive rehabilitative therapy himself. Massage therapy school transformed his holistic understanding and provided the motivation to dedicate himself to helping others. He became a licensed massage therapist in 1997 and immediately began gaining experience in rehabilitative and healing modalities.

Clients often comment that Lance's work has long-lasting effects. He specializes in creating individualized treatments for clients by incorporating multiple techniques in a single session, keeping sessions interactive and utilizing a compassionate, intuitive approach. He's currently working on his pilates certification to further his knowledge and ability to help people be proactive about their health. Lance recently moved to Chandler with his wife and his beagle. He enjoys spending time with them in the great outdoors, playing music and woodworking. 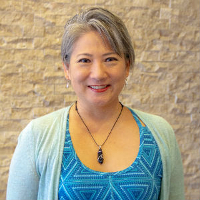 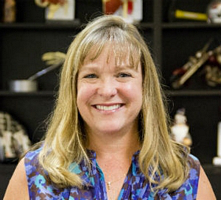 Aimee, Utanah, and Linda are incharge of the front desk. They will greet you with a friendly smile and handle any questions you may have in the office. 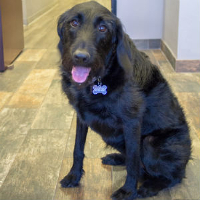 Frances joined the Alpha Chiropractic family in 2016 as an intern. She quickly learned the ropes and was promoted to the office Alpha Dog. She loves greeting patients and distracting them from their treatments through wiggles, tricks, treats and encouraged pets. Frances is a part of a certified therapy dog team through Pet Partners. When she’s not looking at you through those shaggy eyebrows, she’s probably chasing a ball down, rolling around in the grass or volunteering with Paws 2 Read.

While most of our patients love having a therapy dog around, we understand that not everyone may be comfortable with this. Please let us know if you prefer Frances directs her attention and wiggles elsewhere.

Alpha Chiropractic wants to provide the highest level of service and quality health care through care, respect, and chiropractic expertise. We will provide outstanding chiropractic care through a detailed exam, proper diagnosis and subsequent treatment. In the process, we intend to educate patients on general health and ways they can improve their families' lives. We strive for strong doctor-patient relationships and lifetime friendships. We will be the greatest asset in conservative care through chiropractic adjustments and rehabilitative treatments. Our chiropractic offices are located conveniently for Chandler, Ocotillo, and Sun Lakes Arizona.